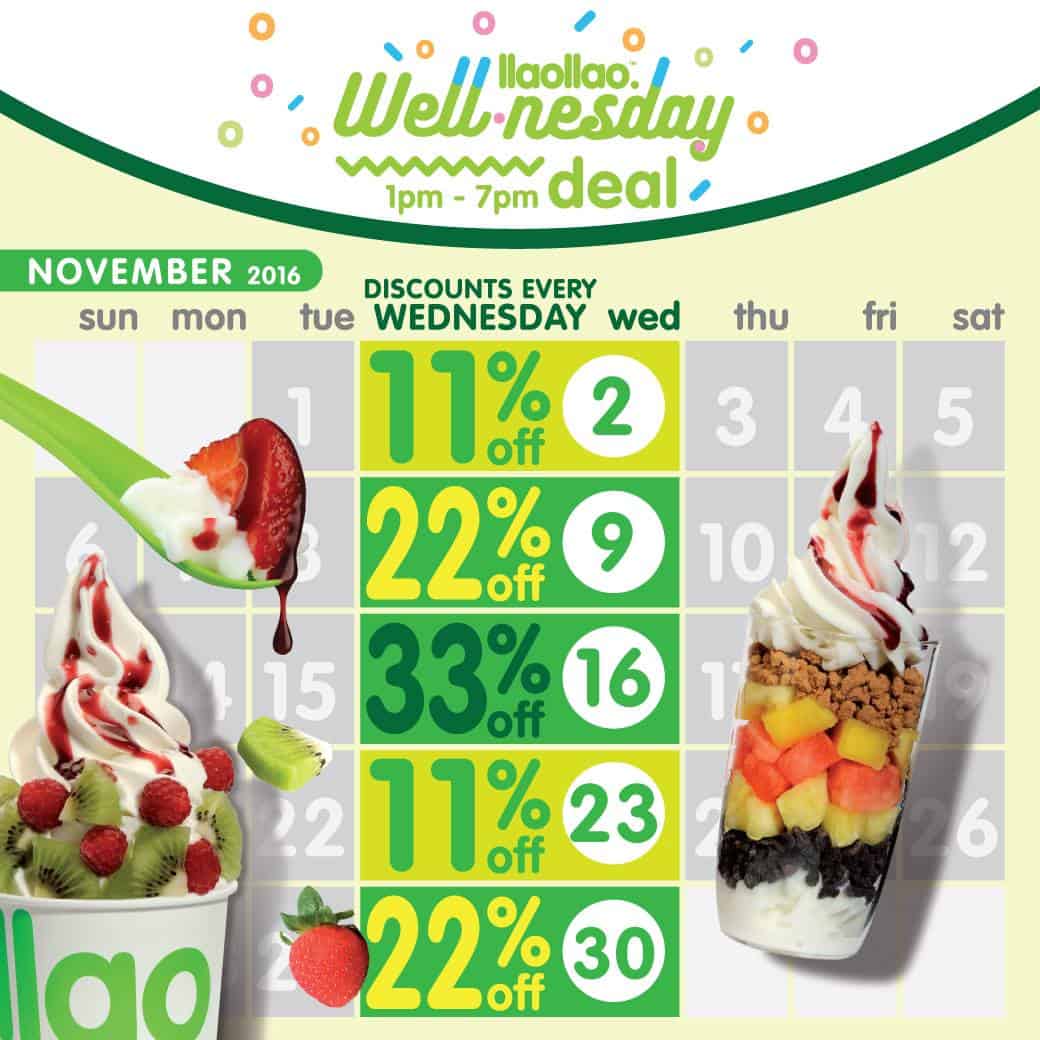 Mark down these Wellnesday dates to enjoy up to 33% Llaollao Wednesday Promotion.

Time flies! It’s November month! Llaollao Wednesday Promotion is waiting for you. Mark down these Wellnesday dates to enjoy up to 33% off in between 1pm – 7pm at all llaollao outlets in Malaysia! T&C apply. 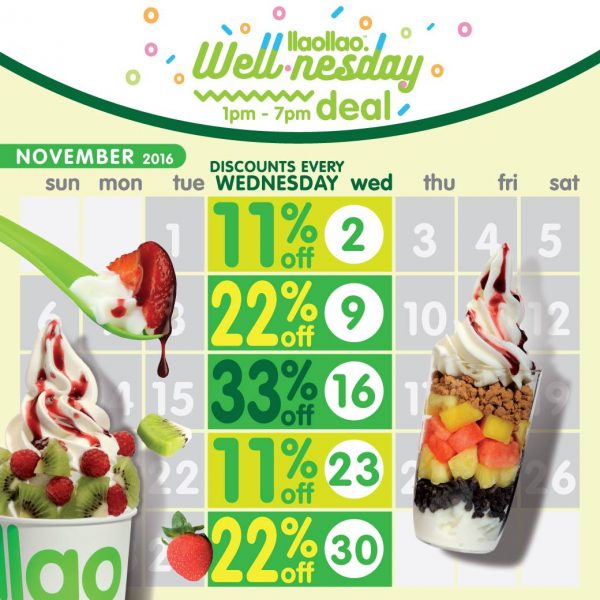 llaollao was founded in 2009 and became a pioneer in selling frozen yogurt in Spain. Barely three years later, llaollao already had more than 100 shops and was the market leader for the sector it had created itself, the frozen yogurt sector. We currently have shops in 13 countries on four continents and are continuing to expand at a steady rate.

As the No 1 Spanish natural yoghurt in Europe and Asia, llaollao yogurt is made on the premises, on demand and is served creamy at 5ºC.

Together with with its freshly-chopped seasonal fruits to cereals, fun crunchy toppings and delicious sauces, this creates a new yoghurt recipe that goes far beyond the term ‘dessert’, making it part of our daily diet.
“llaollao” is pronounced as “yao-yao” in Spanish.