Enjoy the MRT FREE Ride for Sungai Buloh – Kajang MRT line for one month! FREE feeder buses to any of the MRT stations. 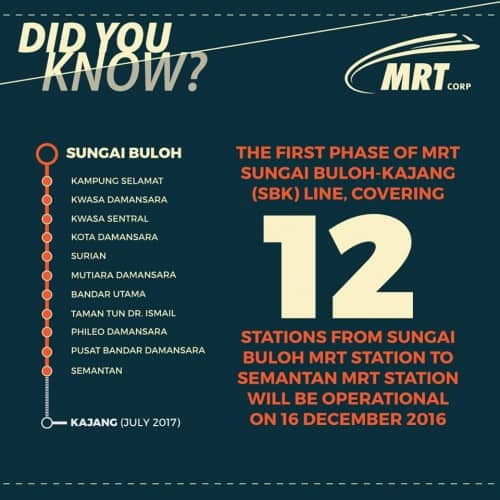 120 feeder buses will be deployed on 26 routes to service the 12 stations between Sungai Buloh and Semantan that make up the first phase of the MRT line. For a start, 24 trains will ply the 21km route along the 12 stations from as early as 6am until midnight. Each train comprises four carriages and measures 89m, which a capacity of 1,200 passengers.

Phase Two of the SBK Line is scheduled to be operational by July 2017 with 19 more stations between Semantan and Kajang.