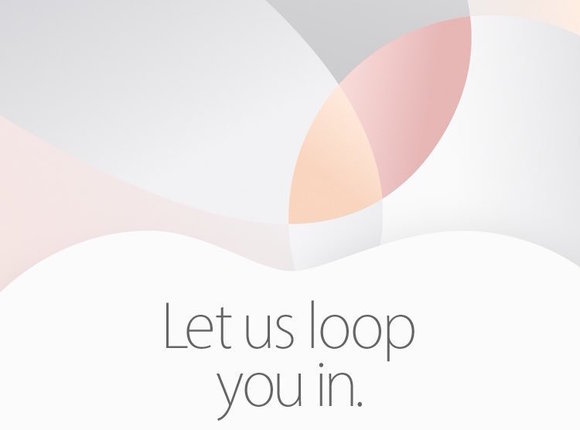 Apple is holding a press event on 21 March, the company has confirmed, at which it is expected to announce a new, smaller iPhone and a replacement for the iPad Air 2.

Under the tagline, ‘Let us loop you in’, the invite to the event , sent out to media, shows Apple ’s iconic logo, backed by coloured sections.

The timing of the event could also prove significant, as it happening a week later than expected, apparently due to its ongoing court case with the FBI.

Expected at the event is the “iPhone SE”, Apple’s belated attempt to appeal to customers left behind by the move to a new larger form factor for the iPhones 6 and 6S. The device would be the same size as the old iPhone 5, but contain updated internals to bring it up to the same spec as the iPhone 6. but, we don’t think it will have a camera that supports 4K, and doubt it will have 3D Touch.

Also expected is a new 10-inch iPad, to replace the venerable iPad Air 2. Rather than the iPad Air 3, though, the device could instead be launched as the iPad Pro, positioning it as the smaller version of the 13-inch original iPad Pro. It will sport the same Smart Connector to support Smart Keyboard and might even work with the Apple Pencil.

Join the event through live stream on March 21 at 10 am PDT (Malaysia time: March 22, 2am) to watch the keynote live.