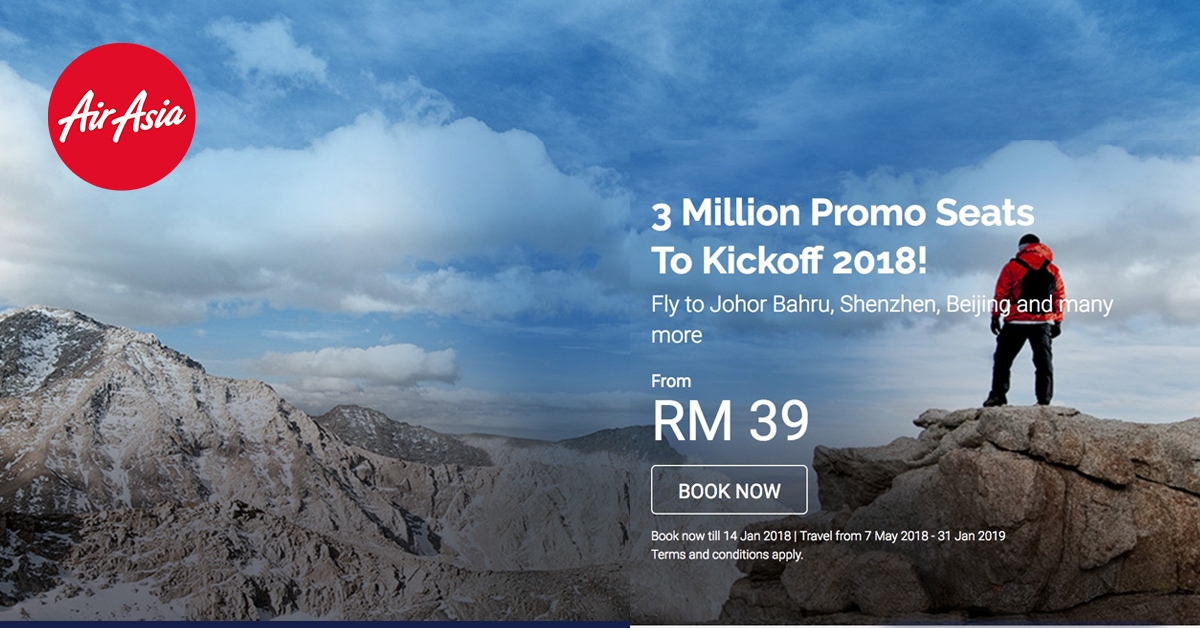 Fly to Johor Bahru, Shenzhen, Beijing and many other destination from RM39 ONLY! Hurry, limited promo seats available! 10,000 FREE SEATS up for grabs with AirAsiaGo! And you can receive FREE Travel Insurance if you book with AirAsiaGo Free seat promotion now! Booking from now until 7 Jan 2018 and travel from now until 28 Feb 2018! Hurry, plan for your first vacation in 2018! The promotion is applicable to all AirAsia destinations except Hawaii, Jeddah and Tehran. Up to 50% off to Maldives, Bali, Taipei, Jaipur and Tehran during AirAsia New Year Sales 2018!

Hello 2018 and so the adventure begins! Have you plan your 2018 travel goals? Why not consider AirAsia New Year Sales and fly to Maldives, Bali, Taipei, Jaipur and Tehran for 50% OFF! So, what are you waiting for? Book now and travel now!

AirAsia 50% off Exclusively for MasterCard® members!

Calling all MasterCard® cardholders! You can now enjoy AirAsia 50% off on base fares for selected flights across our network! 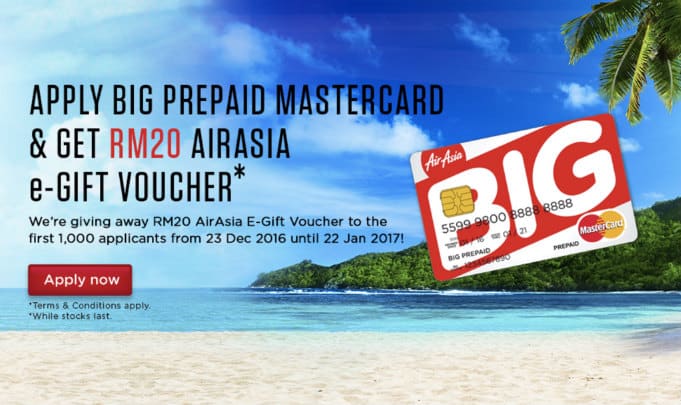 Kick off your 2017 travel plans with AirAsia RM17 Promotion!

Have you treat yourself in 2016? Do you planning for some relaxing 2017 vacation? AirAsia RM17 Promotion might catch you now! Book now, fly now from RM17! When it comes to low fares, the rest have no clue. With the world’s best, just pay for what you need! Fly from Kuala Lumpur to many destinations include Penang, Kota Kinabalu, Johor Bahru, Ho Chi Minh City, Shenzhen, Tiruchirappali and many more! 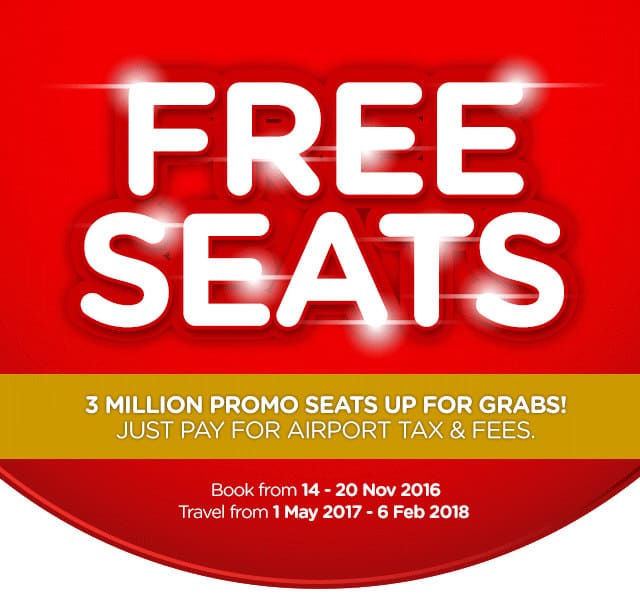 AirAsia Free Seat 2017/2018 is coming for your next getaway! The price list is updated! 3 Million promo seats up for grabs!

AirAsia Free Seat 2017/2018 is here for your next get away! All destination for AirAsia and AirAsia X will have the the free seat promotion !  You just have to pay for airport tax and fees. Priority booking start at 13 November 2016.

Psst…want FREE SEATS to your next getaway? AirAsia Free Seat November 2016 is coming!

Don’t miss out the AirAsia X RM99 promotion fares! In conjunction with 9th Anniversary, AirAsia X offers RM99 one-way fare from now until Nov 6, 2016. The travel period is from Feb 6 to Oct 28, 2017. AirAsia offering 99,999 promotional seats for guests to mirror the launch fare. The 99,999 seats are on sale to Gold Coast, Perth, Seoul, Tokyo, New Delhi, Mauritius and more. The anniversary promotion is available for booking at airasia.com and AirAsia’s mobile application!

AirAsia 50% Promotion is giving the discounts of up to 50% for its short and long-haul destinations across Asia and beyond. Booking now till 30 October 2016 to fly from Kuala Lumpur to Japan, Korea, China, Australia, New Zealand, Iran, Maldives or even Mauritius. This is the best chance to check out those destinations you’ve always wanted to see at even more affordable prices.